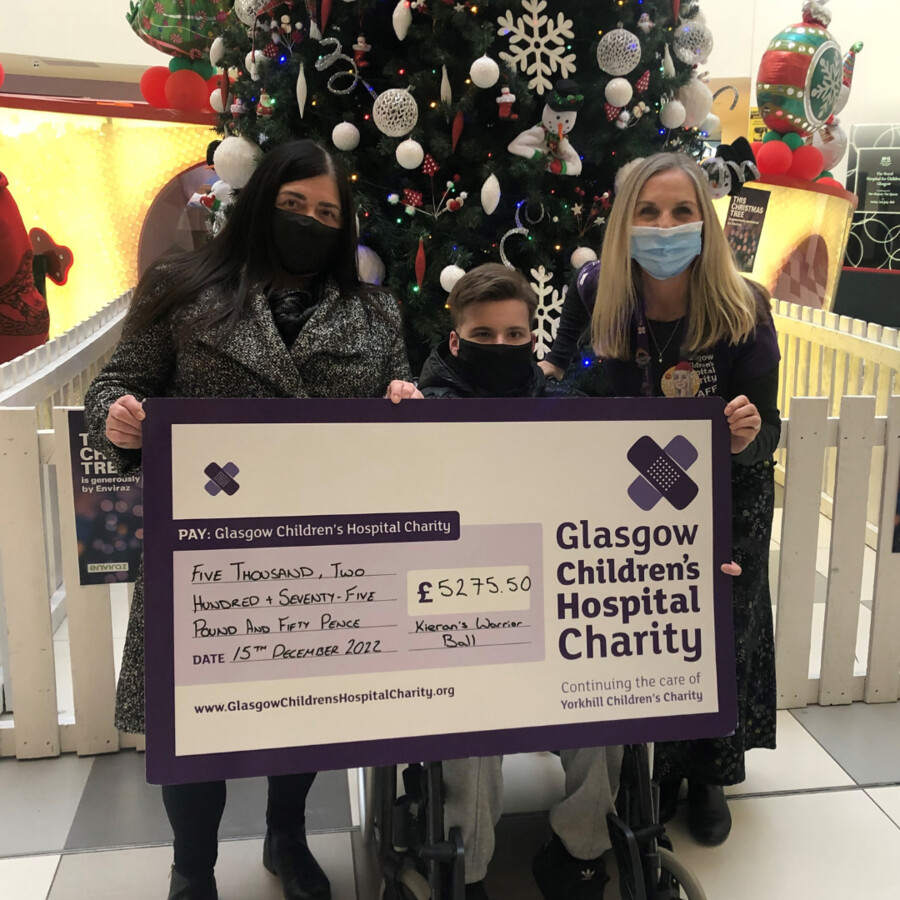 Thank you to hospital mum Senga and her 'Wee Warrior' son Kieran for raising £5275.50 for the charity through their annual Warriors Ball.

In March 2018, Kieran was diagnosed with a rare form of brain cancer called Medulloblastoma after surgeons discovered five tumours on his brain. Kieran was just 12-years-old.

The illness resulted in Kieran undergoing surgery, radiotherapy, and chemotherapy. 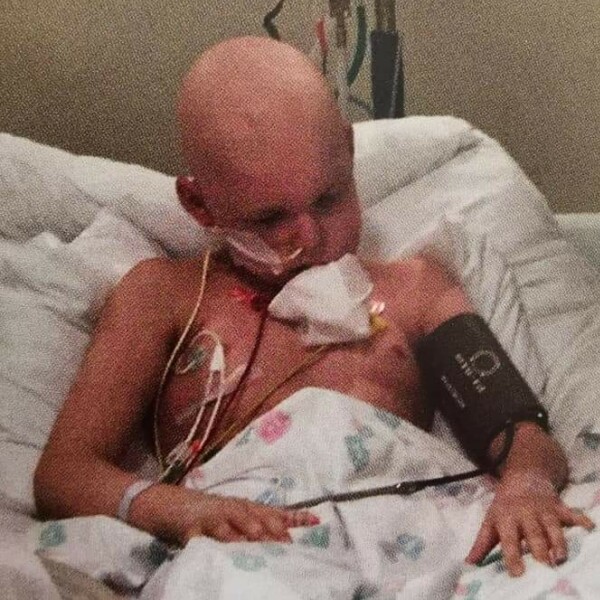 After a long journey in hospital, the teenager from Kilwinning was hailed cancer free in January 2021.

Kieran's mum Senga wanted to give back to the charities who helped her 'Wee Warrior' recover from cancer and so she organised her own black tie event called the Warriors Ball.

The money raised on the night was split equally between Callum's Cabin and Glasgow Children's Hospital Charity. 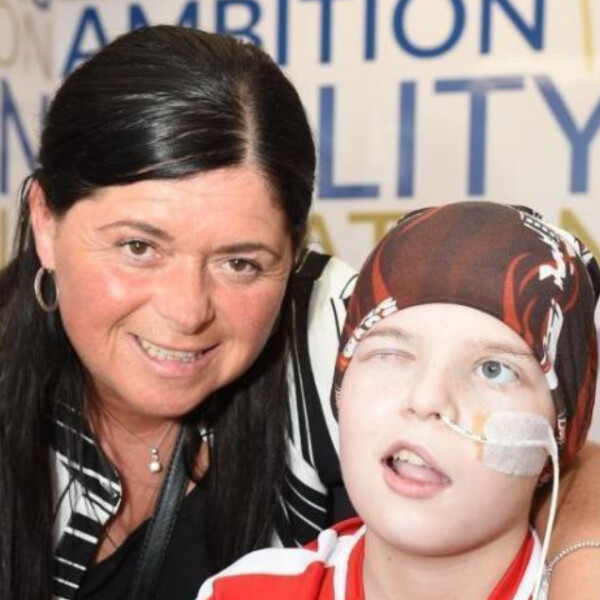 'Glasgow Children's Hospital Charity helped my son after he was left in a wheelchair with Posterior Fossa Syndrome after his surgery. Since going through cancer treatment, Kieran has had to learn to walk, speak and swallow again. I'm forever grateful for the support the charity have given Kieran and our family.'

'Kieran was even able to practice his cooking skills in hospital thanks to the adapted kitchen funded by the charity.'

As well as providing practical support in hospital, we were also able to help Kieran and his family make special memories by sending them on a short break to Flamingo Land through donations provided by Marion’s Still Smiling. 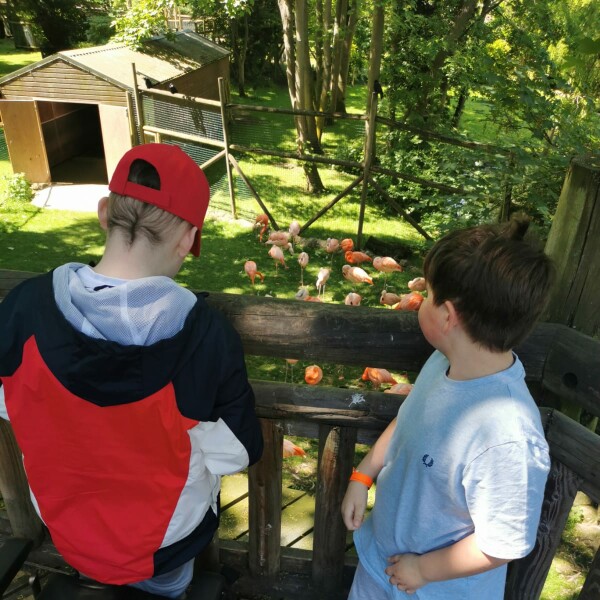 The Warriors Ball was orignally scheduled to take place back in 2020 - but was unable to proceed due to Covid-19 restrictions.

It was eventually able to take place in September last year at the Riverside Lodge Hotel in Irvine. 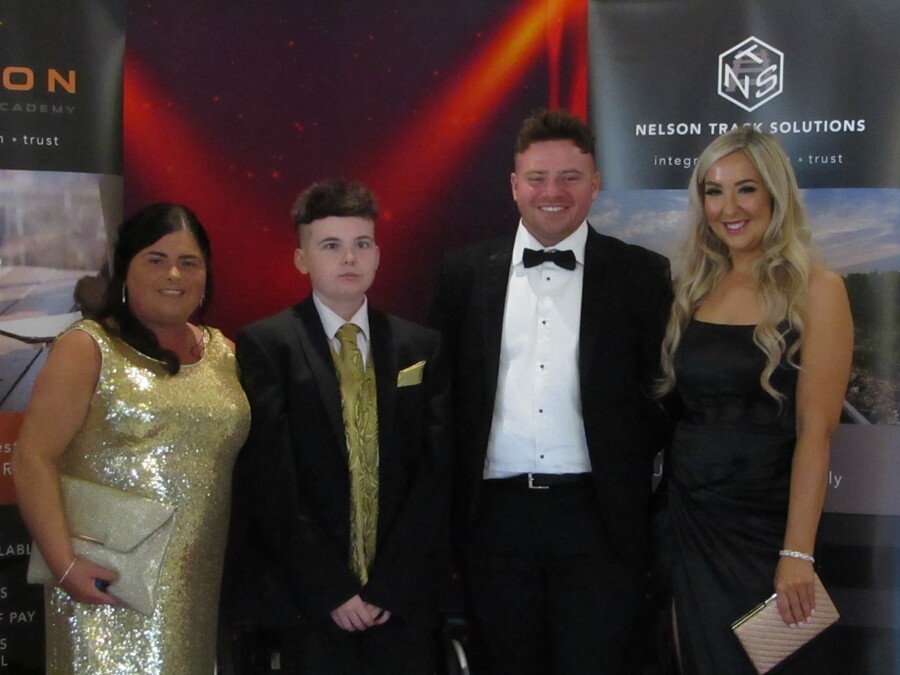 It was the first time Senga had organised an event like this, but with the help of her sister Wendy and friends Evelyn and Tracy Wilson, the ball was a huge success, raising £5275.50 for each charity.

The two main sponsors for the event were Nelson Track Solutions, a local Ayrshire business, who contributed around £2,000, and Scottish duo The Proclaimers who donated £3,000 after hearing Kieran's story. 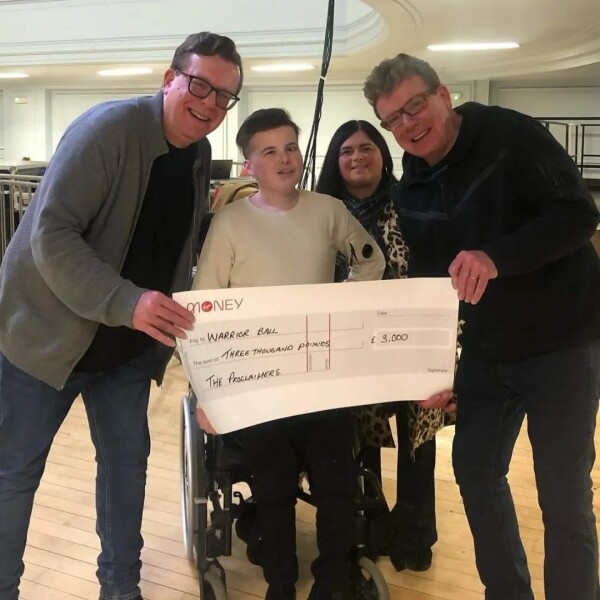 'I'd like to say a huge thank you to everyone who supported us and helped make the Warriors Ball the success it was. We've been blown away by the support '

The event was such a success that Senga has confirmed a second Warriors Ball will take place in September 2023.

Fundraise for Us
Read Next