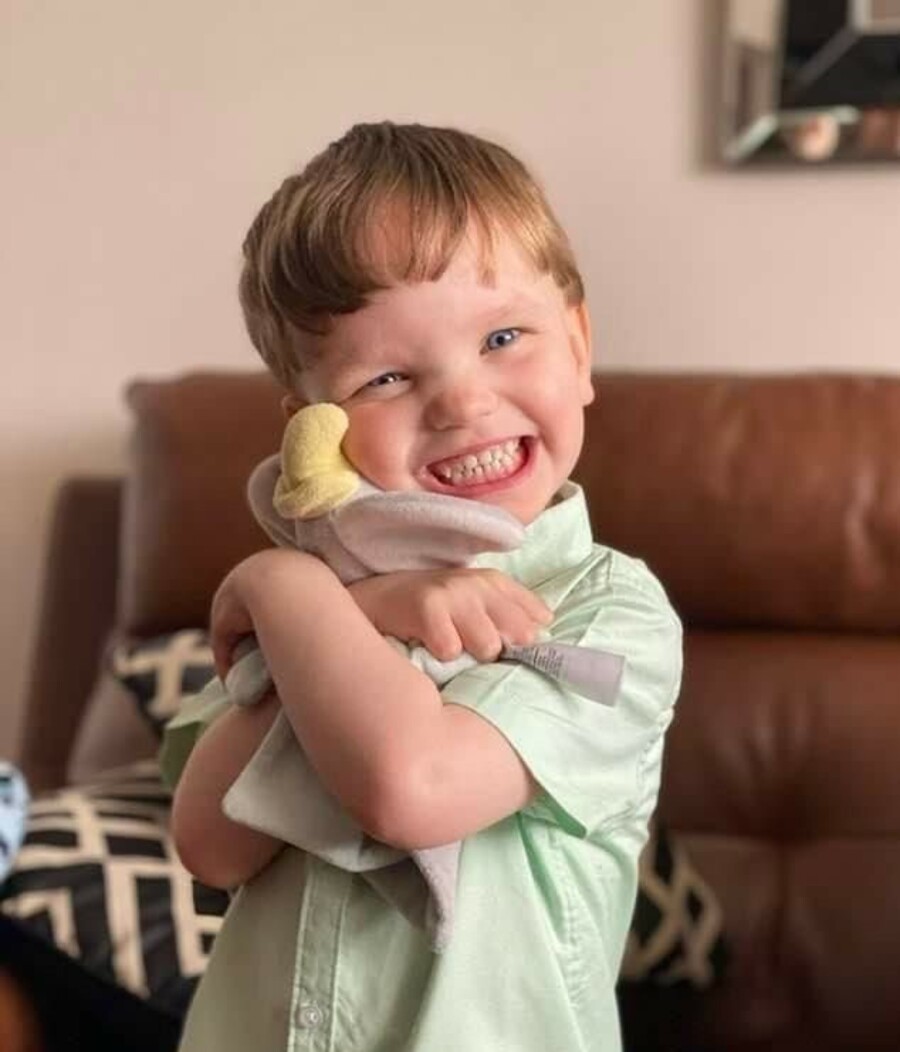 ‘We first started attending the children’s hospital when Caleb was just ten days old as blood tests showed he had low neutrophils, an essential type of white blood cell. This resulted in us attending haematology every week until he was about 10-months-old.

‘Caleb was also born with a quite significant hypospadias so before Covid hit, he had a pre-op and doctors discovered that he also needed surgery on his testicle.'

'He had this at age one. He was then due to have his hypospadias repair when we went into lockdown and eventually had this operation just ahead of his 4th birthday.’ 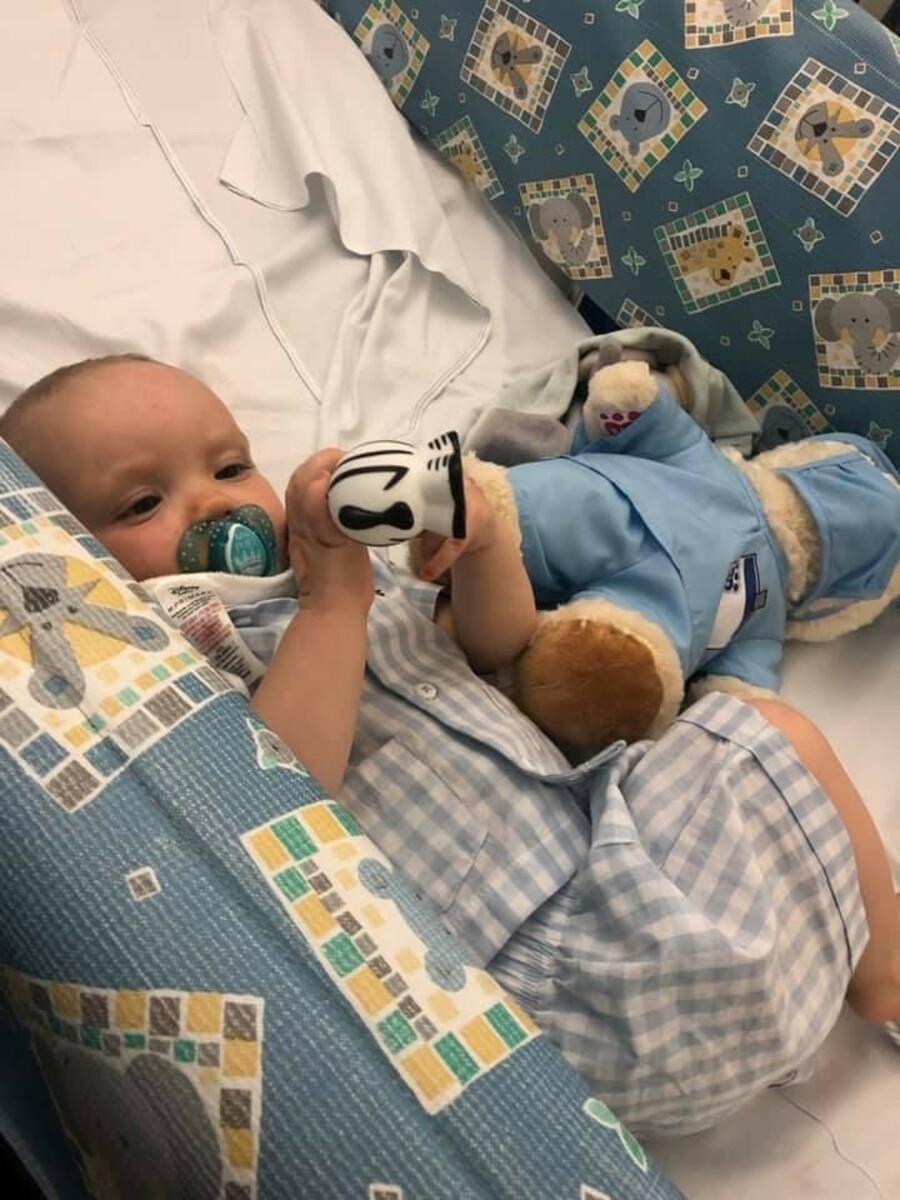 ‘He was in overnight in Ward 1a and discharged the following afternoon with a suprapubic catheter and a small non-draining catheter. We then came back two weeks later on Caleb’s 4th birthday to have the catheters removed.’

'All the staff - clinical and non-clinical - were amazing, and because they knew it was his birthday, they went out of their way to make him feel extra special with ice lollies, stickers and the play leader even returning with a birthday balloon and wrapped gift which was totally unexpected and made the day so special for him.'

‘The Play Programme is absolutely amazing! The play leaders taking real interest in what Caleb’s likes and dislikes are, singing, playing games and partaking in some role play - they all make it look so easy even though they must be knackered with all the energy this involves.’

‘We have also visited the Teddy Hospital and have attended Christmas and Halloween events run by the charity’s hospital team.’

'Caleb loves attending the hospital due to all of these charity-funded services which definitely makes things easier, not just him, but for us as a family. It changes the fear and apprehension that usually surround hospital visits into excitement.’ 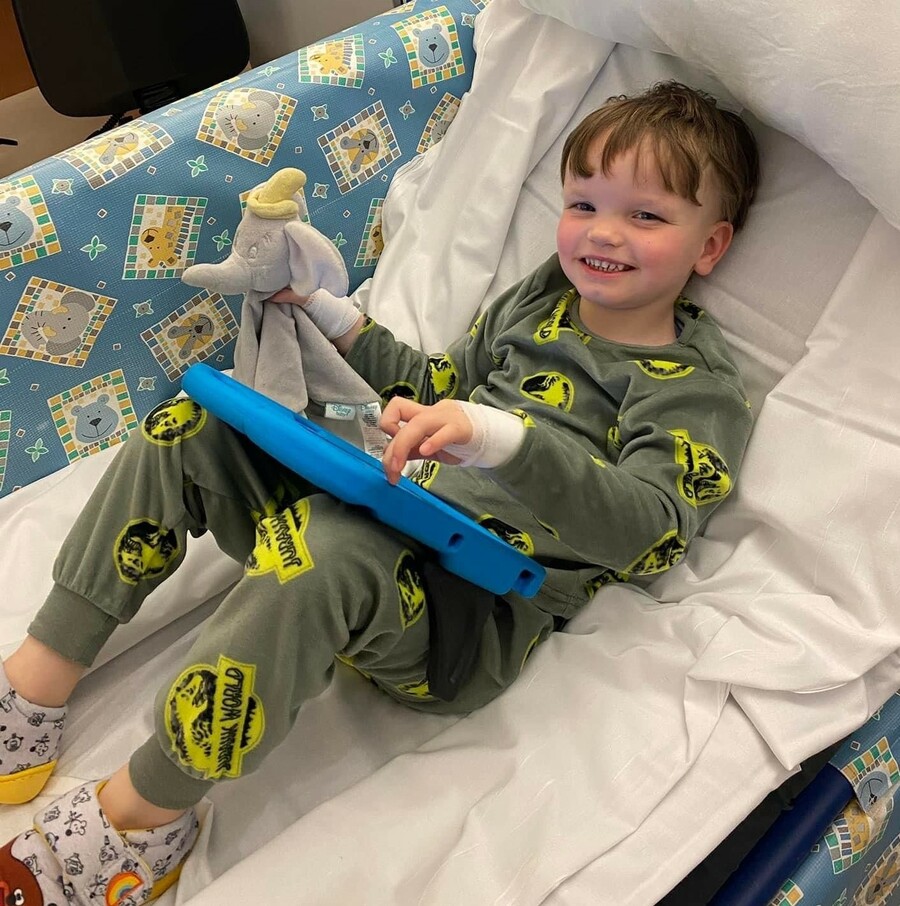 ‘On the toughest days, the nurses and HCSW’s absolutely got us through it with all their reassurance and encouraging words it just made us know he was in safe hands.’

‘I honestly cannot thank everyone enough for what they do and the dedication to just make such a horrible time much better.’

'Caleb is now doing great after his operation and returned back to nursery after a long eight weeks off for recovery!'

Getting 'Shreddy' for the Great Scottish Run