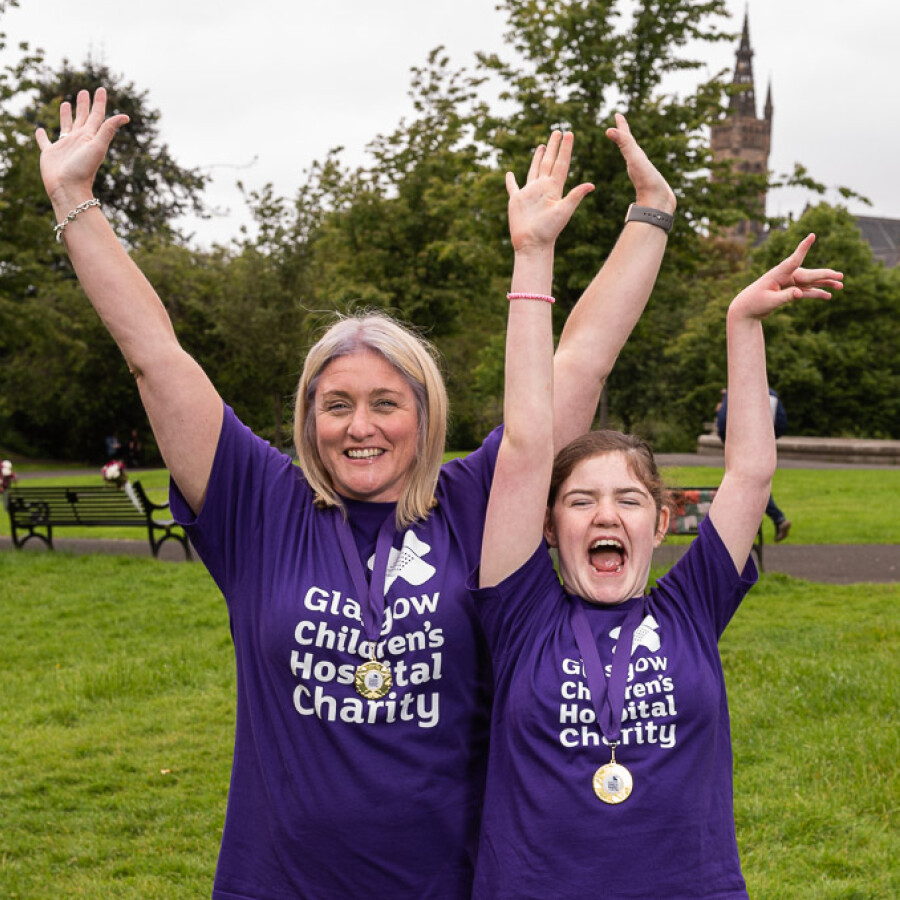 We’re delighted to announce 13-year-old Isla, who was born with life-threatening conditions, will lead our walkers at the Sponsored Walk and Fun Day in September.

The in-person event is back for the first time since 2019, when Isla also took part following open heart surgery.

“Her consultant was so impressed that Isla managed to walk the distance that she did. We are excited to be involved in it again – it's an amazing atmosphere on the day.

“Seeing the number of lives the charity has touched and all the people that turn up to support them is so humbling.”

When she was still a baby, Isla had major surgery at the former Yorkhill Children's Hospital to connect her oesophagus to her stomach, before undergoing life-saving open heart surgery in 2010 and another procedure nine years later.

With no memory of what she went through when she was little, Isla used the Teddy Hospital at the Royal Hospital for Children, funded by Glasgow Children's Hospital Charity, to relieve anxieties surrounding the surgery. 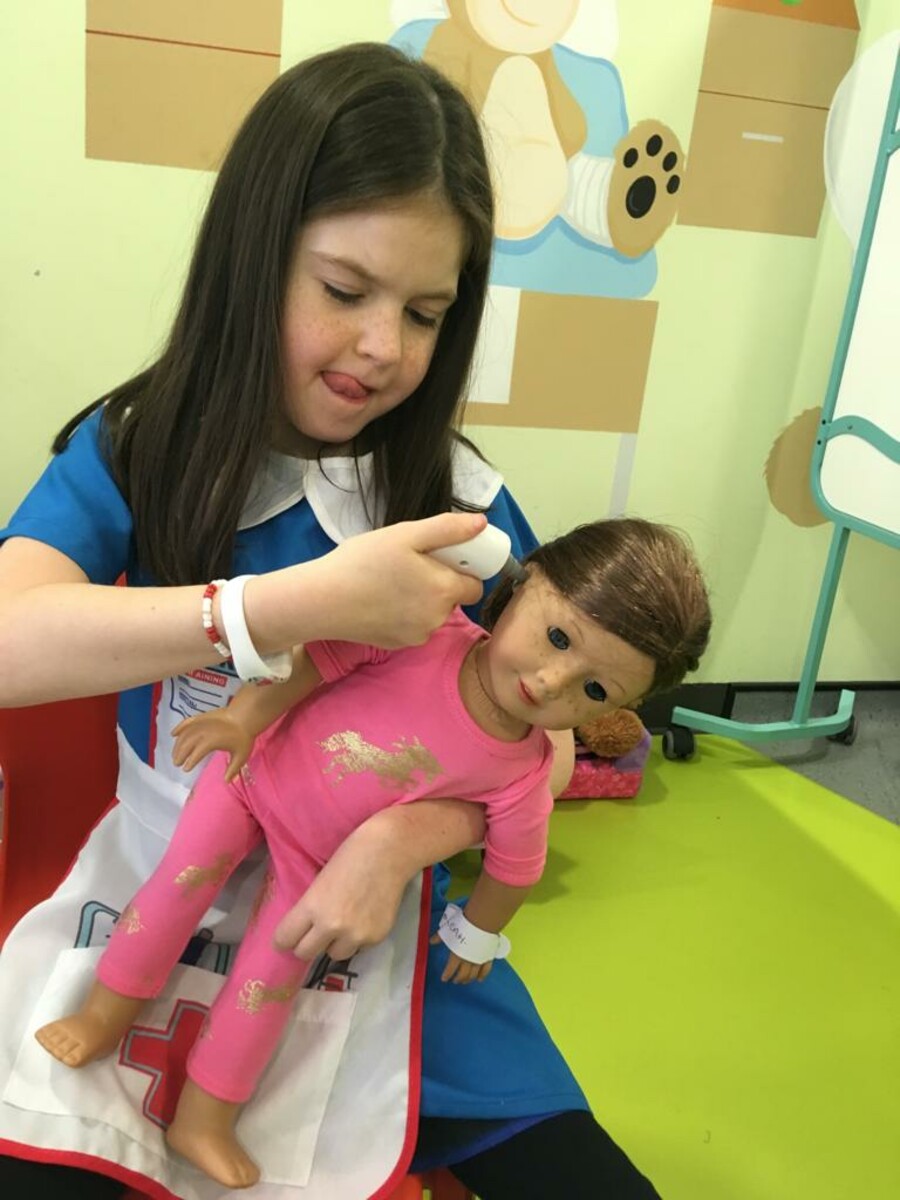 Isla has given back to the heroes who cared for her with an incredible 110 hours of volunteering for Glasgow Children’s Hospital Charity and Mum added:

“The charity have always been in the background for us – both at Yorkhill and at the Royal Hospital for Children. A lot of the milestones like Halloween, Christmas and Easter we spent in hospital, so their support was a vital part of making things feel somewhat ‘normal’ for us.

“One of the first memories I have was coming back to Isla’s cot at a couple of months old and there were loads of Halloween gifts like a cute bib and a hat.

“In 2017, we discovered Isla had to have another heart operation and she didn’t remember anything she had been though, so there was a lot of preparation that went into preparing her for the heart surgery.

“In that, the charity-funded Teddy Hospital was invaluable. She was able to prepare for what was in front of her through structured Play Therapy, using real equipment to learn about her upcoming procedures. Even Euan, her brother, had some sessions to understand what his sister was about to go through.”

Fundraisers can choose to walk 3km or 10km on Sunday, September 4, with both routes beginning and ending in the idyllic Kelvingrove Park in the city’s West End.

With fully accessible routes, the Walk is suitable for the whole family. Adult entries are priced at £14. Children of age five can take part for £8 with entry free for little ones up to four years old.

Having supported Glasgow’s youngest patients for 20 years and raising more than £41million in that time, Glasgow Children’s Hospital Charity are delighted to return in person for the flagship event on such a historic anniversary. 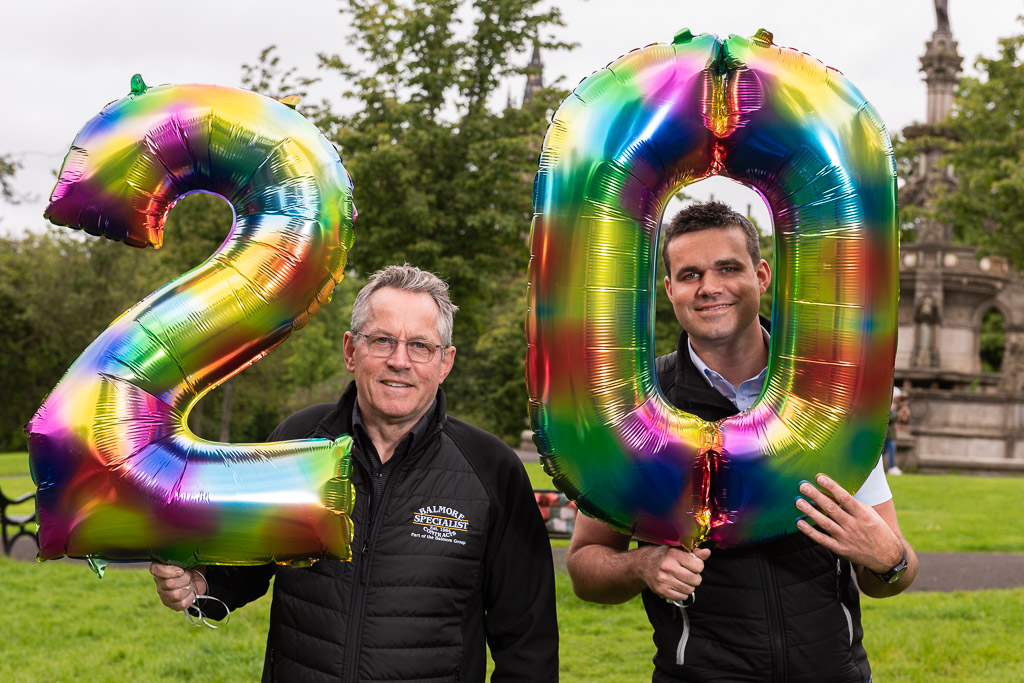 “It is a great privilege to support Glasgow Children’s Hospital Charity in their 20th anniversary year and we are delighted to have them as our charity partner moving forward.

Managing Director Victor MacKay Sr added: “We hope everyone enjoys the Sponsored Walk – it should be a really special day.”

“We can’t wait to come together with our hospital community for the first time in three years. It’s even more special as this is our 20th year of supporting families from across Scotland who come to our special children’s hospital for care.

“We’d like to thank our generous sponsors, Balmore Group, for helping to bring this event to life. We are excited to see many of our families there on the day to soak in the atmosphere and celebrate 20 incredible years of their support.

“We’d like to thank all of our generous donors and partners for helping to raise over £41 million since our inception and for the incredible impact this has had on so many families through our charity-funded projects and support services.”

Join Isla on the Sponsored Walk