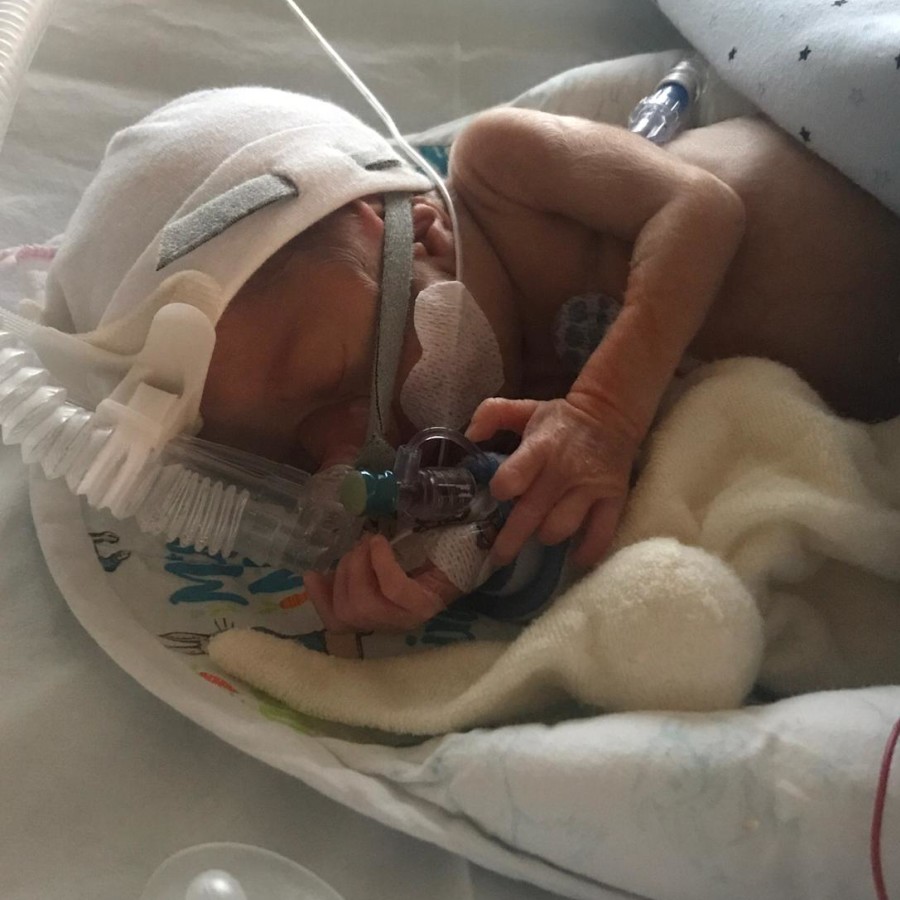 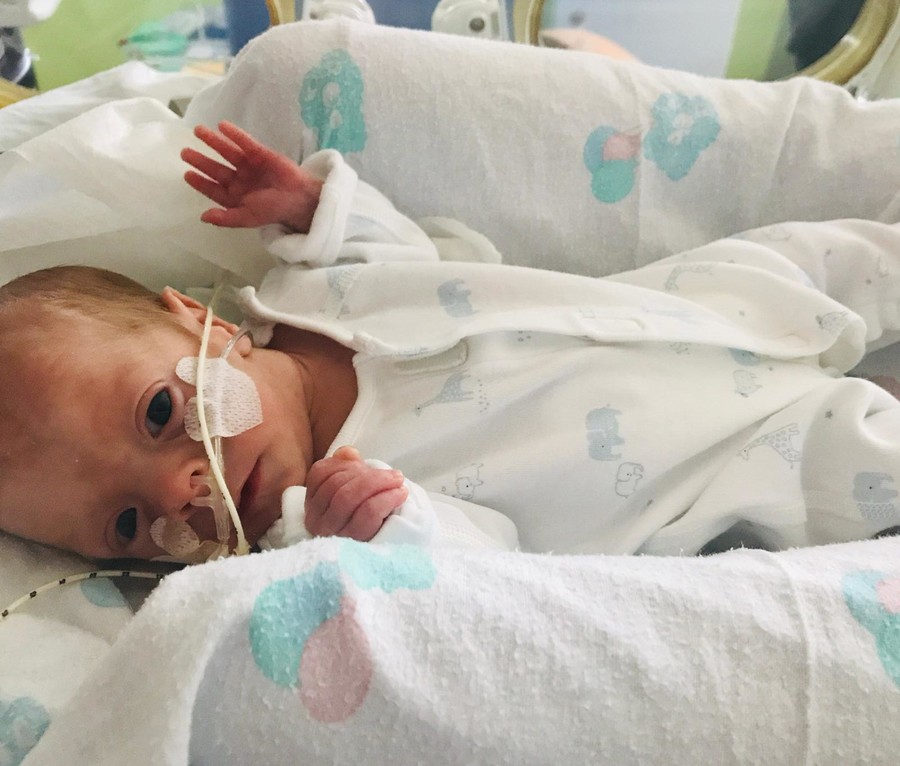 Now settling in at home after an 8 week stay in NICU, baby Lewis' family have raised over £7,000 to thank the NHS “heroes” who saved their son’s life and the charity who kept their family closer together during their darkest days.

For families of children in Intensive Care, every moment spent away from their side can feel like a lifetime. Thanks to funding from us, baby Lewis’ parents were able to feel connected with their little one through a secure video messaging platform.

The charity-funded service, vCreate, allows healthcare professionals to send special video updates to families when they can’t be at their child’s side. We have funded the introduction of vCreate at the Neonatal and Paediatric Intensive Care Units at Glasgow’s Royal Hospital for Children, as well as the Maternity Units at the Princess Royal and Royal Alexandra Hospital. 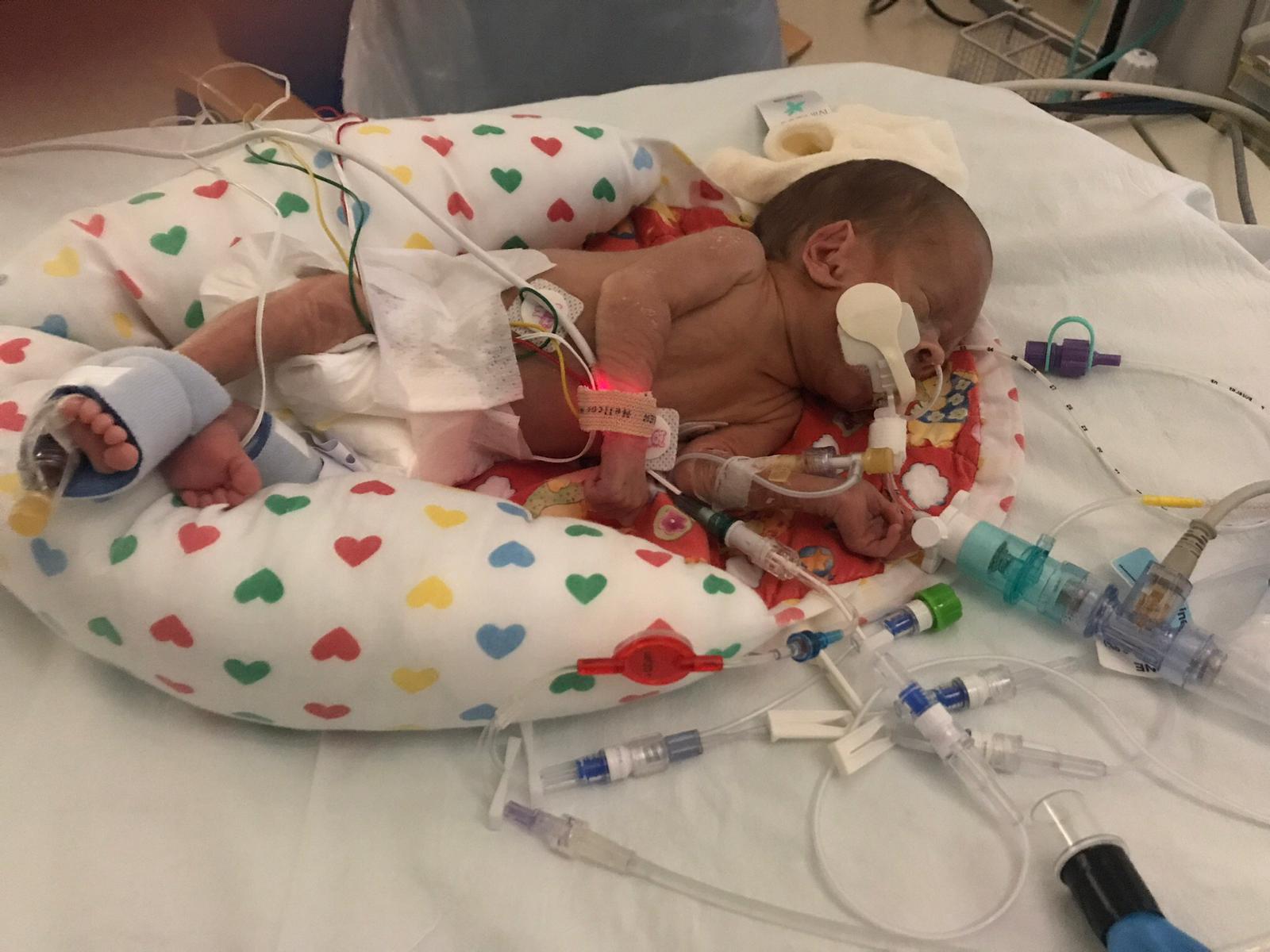 Mum to Lewis, Karen Watson (29) is adding her support to the vCreate service, describing it as a ‘life-line’ for families:

“Having your child in Intensive Care is unimaginably tough. This was our first encounter of prematurity and it opened our eyes to a completely new world. Babies born so early are incredibly fragile and Lewis was on and off the ventilator a lot.

“It was scary going to bed not knowing if your baby would make it through the night but for your own sanity, it’s vital you get some sleep too. I honestly can’t thank Glasgow Children’s Hospital Charity enough for funding the vCreate video sharing system – thanks to this; we woke up each day to a wee moment of joy, captured on the iPads by the incredible nursing team who were looking after him. All that worry would disappear and you knew the team had been giving him the very best care.” 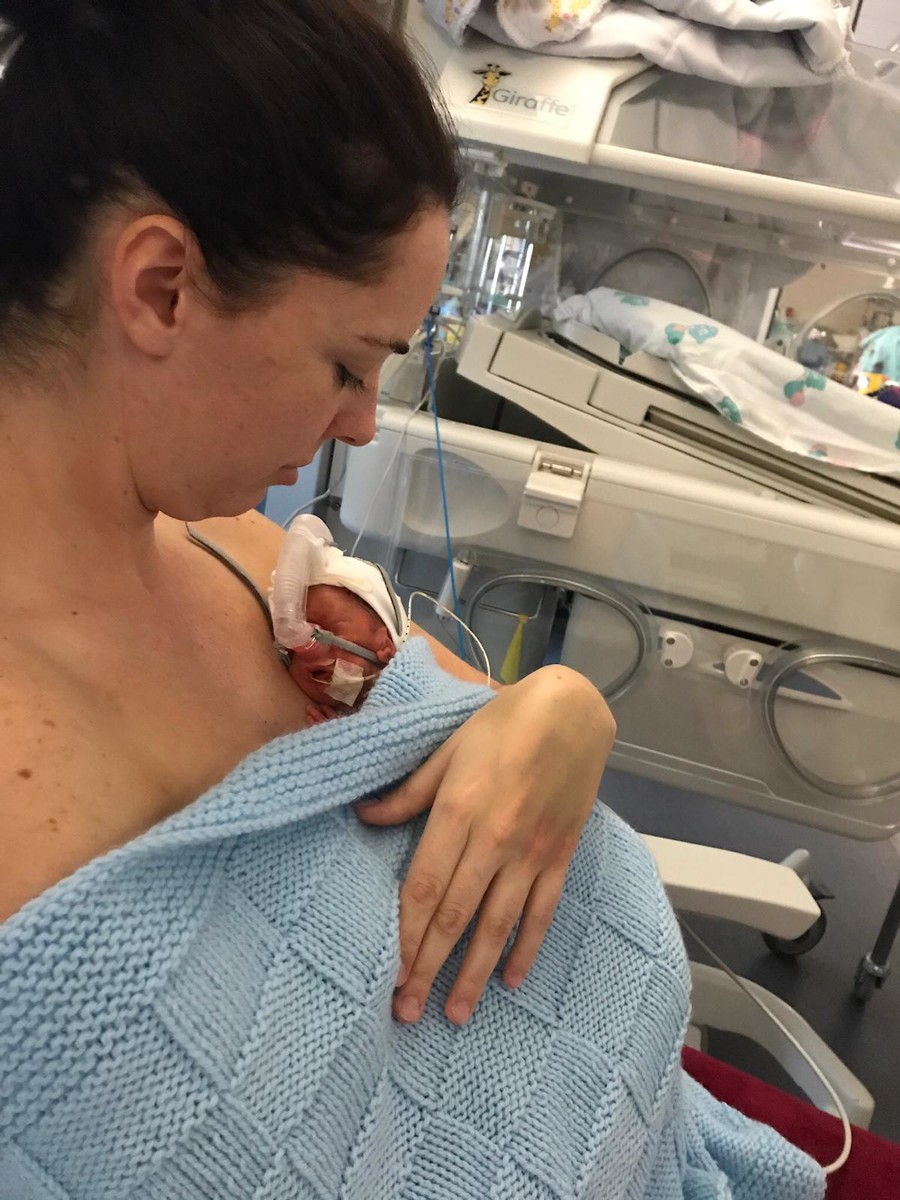 “The consultants were phenomenal too. They constantly kept us re-assured that Lewis was going to get through this. One lady, Joyce, in particular was so kind when I couldn’t visit Lewis due to a stomach bug. She phoned me every day to keep me updated on his progress and his treatment plans. Every single one of the staff on the unit – from nurses and doctors to porters and cleaners - looked out for us as parents just as much as they did for wee Lewis.”

Now settling in at home with, Mum Karen and Dad Joseph McKeown (28) from Stirling held a fundraiser during lockdown for Glasgow Children’s Hospital Charity, raising £7000 to support the Neonatal Unit who saved their son’s life.

Dad Joseph shares his praise for the Neonatal team:

“The staff in the intensive care unit were out of this world. We cannot thank them enough for doing what they did to keep Lewis alive and it is just nice to be able to give back a little by fundraising. Our friend Scott held a gig online and we cannot believe it helped to raise over £7,000. I hope that this makes a huge difference to families going through what we did – it’s a tough time.” 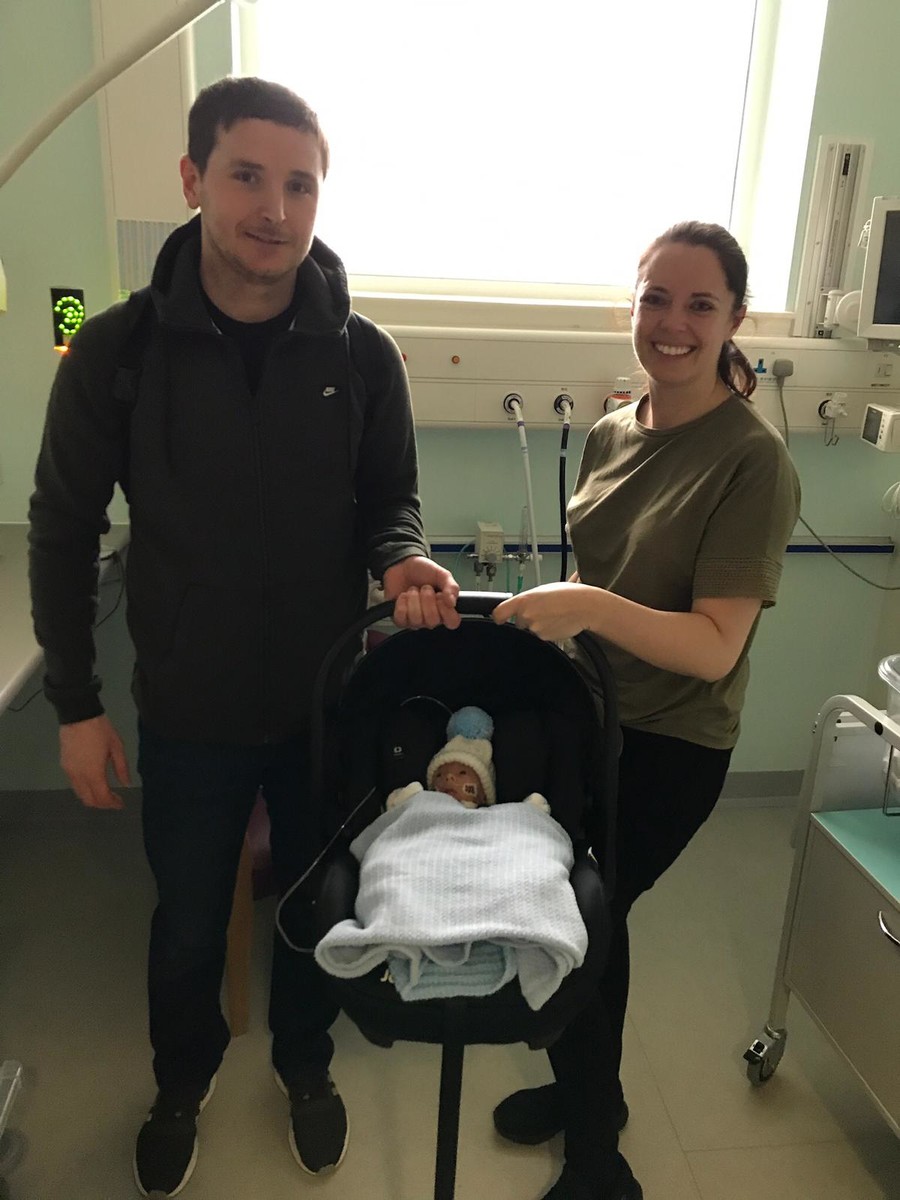 “We’re delighted to be at home all together. Lewis is over 10lbs now and is sleeping through until 5am – here’s hoping that lasts! We wouldn’t be where we are today without the Neonatal team at the hospital and we can’t wait to visit them again when things calm down.” 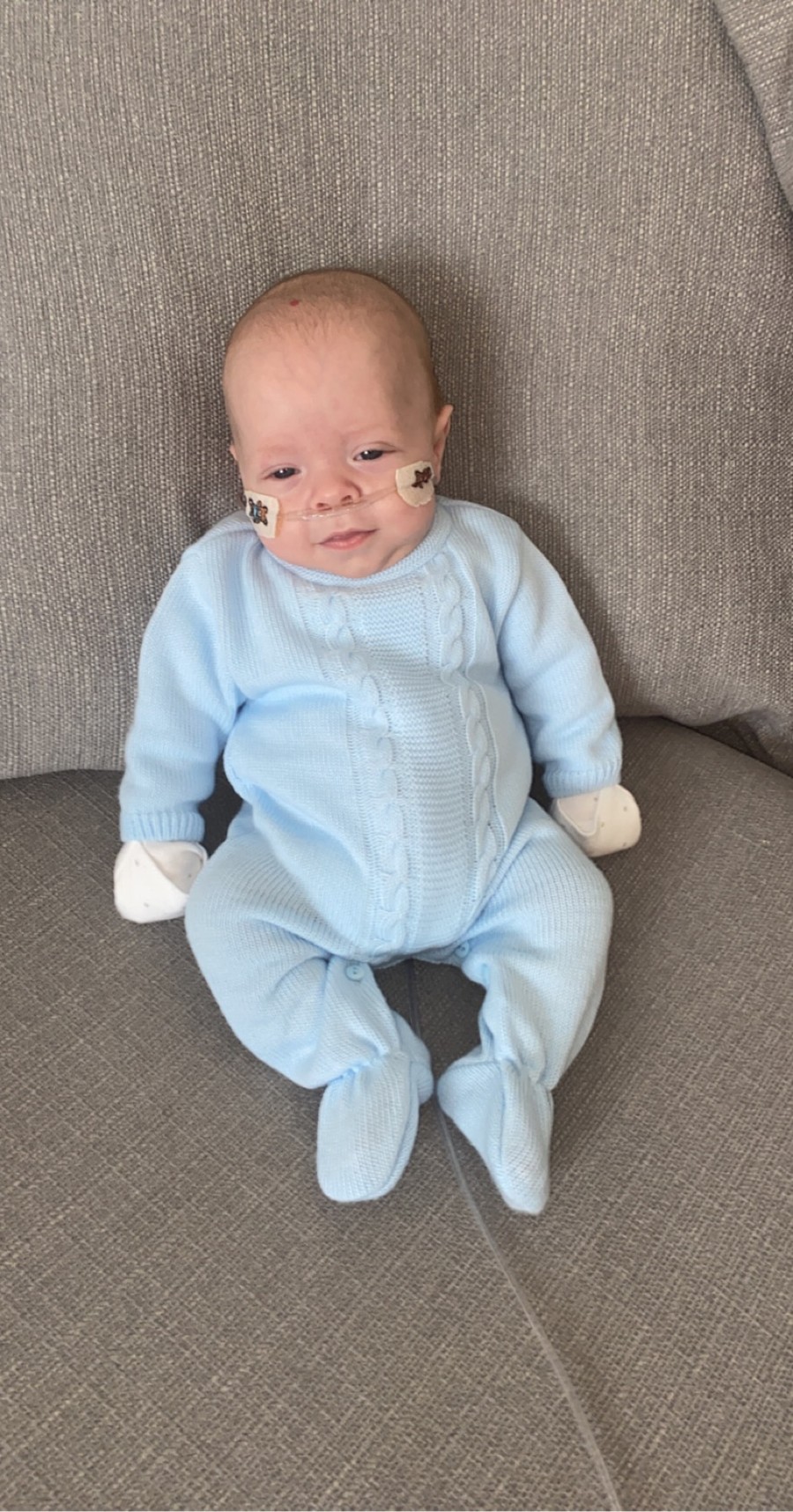 Following the success of vCreate across Neonatal and Paediatric wards, the video messaging resource is now being extended across NHS Greater Glasgow and Clyde Adult Services.

“We are very proud to have funded vCreate, thanks to the very generous sponsorship from one of our fundholders - Treasured MemoRorys.

“The stress and worry of having a child in hospital can be unimaginable, and not being able to be with that child constantly can make this even tougher. The hospital treats children from across the country, just like baby Lewis from Stirling, so to have a service like vCreate to connect some of Scotland’s most vulnerable children with their loved ones is very special.”

Help us Be There Beyond COVID-19

Going The Extra Mile For Our Hospital Families