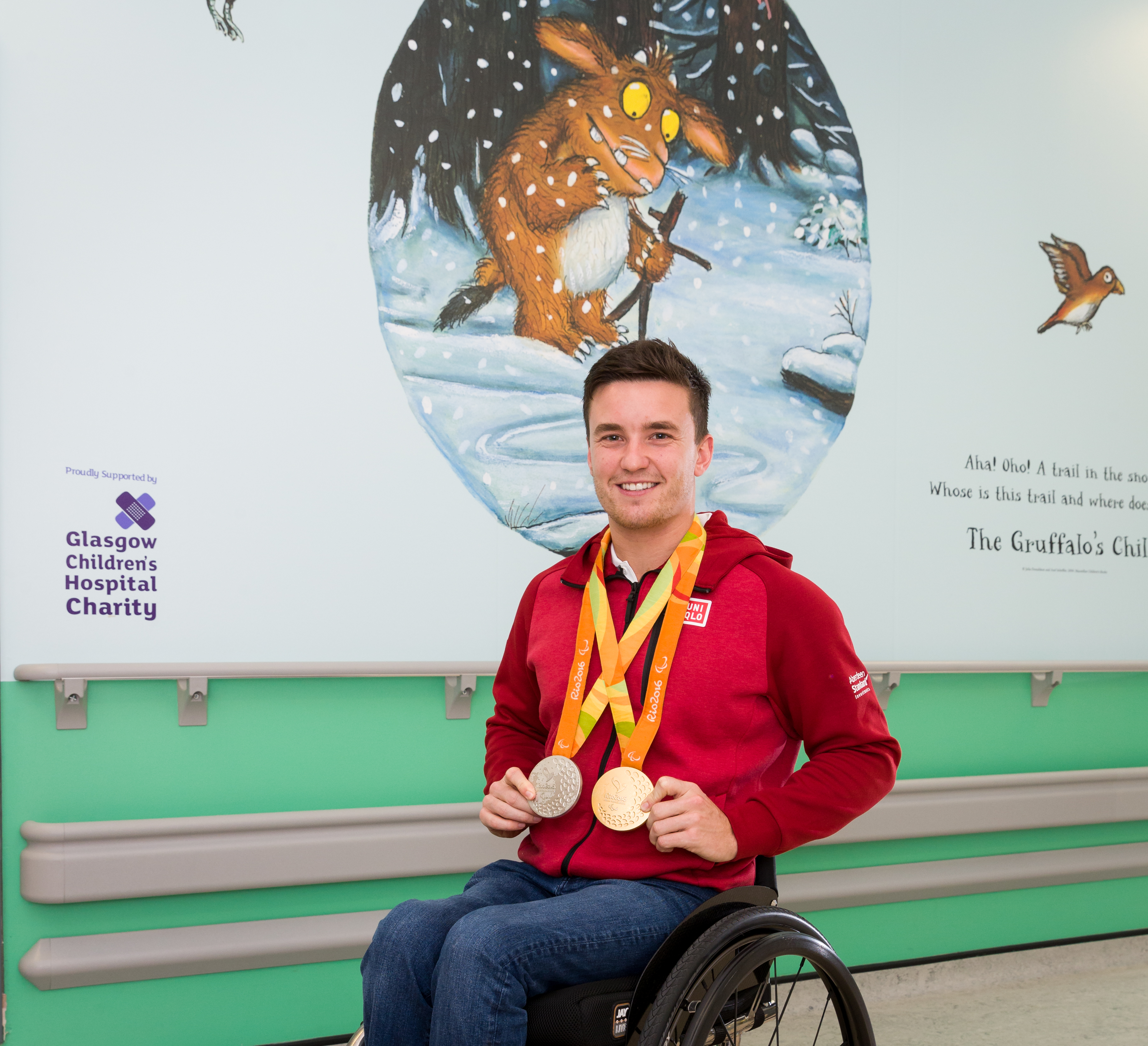 We are proud to announce that tennis star Gordon Reid MBE is teaming up with Glasgow Children's Hospital Charity as our new Ambassador.

The Paralympic gold medallist and Wimbledon champion – who was treated at the former Royal Hospital for Sick Children in Glasgow as a youngster – has taken on an ambassadorial role with Glasgow Children’s Hospital Charity.

Gordon paid a special visit to our young patients together with his sponsors Aberdeen Standard Investments, to meet and inspire young patients.

“I am thrilled to be an ambassador for such an amazing charity and hospital. I spent many months in hospital as a teenager and the staff are first class. I am keen to help increase the profile of the charity to raise more funds to enable them to continue their great work and help young patients treated in Glasgow.”

Gordon’s hospital journey is one of incredible bravery and determination after being left paralysed aged just 12 after contracting a neurological condition, Transverse Myelitis.

He didn’t let this stop his passion for sport and since then has gone on to win more major titles than any other Scottish tennis player, and represented ParalympicsGB at the London 2012 and Rio 2016 Paralympic Games.

Gordon overcame great adversity to the top of the sporting world. His story encapsulates the kind of fighting spirit we see from all of our young patients day in day out at the hospital, and we are delighted to have him as an Ambassador.